In July 2016, I had the privilege to represent Melt Records and give a talk at the Grow Cebu Music conference organized by 22 Tango Records and Create Cebu. It was an honor speaking alongside a host of prominent figures in the local music scene. It really didn’t feel like there was much more I could contribute in terms of technical aspects of being a musician, so I decided instead to share little nuggets of wisdom I had gleaned from the early days of Melt Records. I called the talk “All I Really Need To Know, I Learned In The Home Studio“.

Melt Records was founded on the principle of making more with less. I started it as a “vanity” label when I learned to self-produce songs and decided to release them. In those days, most of what we did were recorded in the confines of my own room with the bare minimum equipment. We churned out the physical copies by hand, doing all the folding and gluing by ourselves. While running a home studio and an indie label was partly fun and games to me, it turned out the experiences would have a significant effect (for better or for worse) on how I do all types of work today.

This is the home studio – a small cramped unkempt space with piles of unusable things lying around and where a lot of magic is bound to happen. In science, you test hypotheses on a smaller, more controlled environment than what is actually practical in the real world. By the rules of logic, if it works in the controlled environment, it’s bound to work on a bigger scale.

I consider the home studio as one such controlled environment – a place where one can experiment freely and learn valuable lessons that surprisingly scale really well into bigger applications and day-to-day living.

We all have our dreams of grandeur, but for most of us, it makes sense to start small. Constraints bring out a lot of creativity; when you’re trapped in a corner, you end up with the most creative solutions. It’s important to understand when “good” becomes “good enough”. I’ll be honest, a lot of the recordings I’ve done in my home studio wrapped up as soon as someone said “good enough” and some of those songs have ended up becoming the most successful work I’ve done.

Of course, “practical” does not mean “cheap”. Don’t sell yourself too short by making do with substandard equipment and tools (unless substandard is what you really need). If you need to sound commercial, think about whether you can budget for hours at a pro studio.

Another important advise in practicality is to keep tabs on everything. Being independent doesn’t free you from the drudgery of keeping tabs; in fact, it means you need to take more financial responsibility and manage your own money. A basic formula can take you a long way – money in less money out. If you’re keeping in the positive, or expect to do so eventually, you should be in good shape.

One awesome thing about recording in a home studio is you don’t have to keep counting the minutes and you don’t have to worry about mistakes costing you expensive studio time. Mistakes are great – they allow you to freely explore different approaches and directions, enhance on that foundation, and build experience as you go along. Lessons learned the hard way are often the best lessons to keep.

Feel free to experiment. Feel free to do something new. When you make a mistake, do it over; or better yet, go where the mistake takes you. There’s a lot of magic in “happy accidents” – that one note that’s just a few cents off-key, that background noise that happens to fit right into the beat, or that tiny crack in your voice when you belt out the chorus. Those takes that have just a little something off could end up being your best take yet.

… But only the best of yourself

The home studio is an ideal place to explore how you really feel and what you really want to say. There’s no pressure to perform on the first try and you’re probably in the company of people you can be at ease with. Everything you know about about yourself, you can take that and put it in any frame you need and you’re bound to come up with something you, if no one else, can be completely proud of.

Don’t take yourself too seriously or you miss out on the fun parts. If you have to exhaust yourself thinking about how others will feel about how you sound and how you look, you probably should just forget about it. Creating something you can enjoy yourself should always be the first step. Getting others to feel the same way comes next. (Of course, you can always delegate that latter part to someone who can do it better.)

4. Work Harder Than Anyone Else

… And enjoy it more than anyone else

Working in a home studio likely means you’re just starting out in the music production business. This only means you need to work doubly hard to catch up. D.I.Y is tough, unrewarding work and most of those doing it are the people who shouldn’t be. Those who have more experience probably know better.

But don’t let them tell you what to do. If you wanna go D.I.Y., go D.I.Y. Just make sure you’ve got the work ethic to pull through. After all is said and done, there’s always something very satisfying about holding that finished product that you took from A to Z. It’s doubly satisfying when people start appreciating it. The level of commitment and focus you put into it is, more often than not, proportionate to the satisfaction you get at the end.

… Everything else should be a second thought

As a musician, the first thing you should be thinking about is creating something you want to create. Knowing your limits and constraints actually liberates you to focus on the important things. In the home studio, you don’t have so many options to work with and that only means you can keep your mind on your song and your performance.

Hype! (1996) is a documentary directed by Doug Pray about the popularity of grunge rock in the early to mid-1990s United States, and it is by far my favorite rockumentary. The stories of the artists and the community that sprouted around them inspired a personal philosophy that I’ve kept in mind in running my studio and the record label. Here’s one particular quote from the movie by Jack Endino, the godfather of grunge, that sums it up really well:

“No one was worried too much about success, because when you’re living in Seattle, […] nobody was gonna come sign you. […] The bands that stuck it out did it because they really, really, really enjoyed playing their music and that was the only positive reinforcement that anybody really got.”

When you talk about empowerment, I believe there’s nothing quite like having the power to choose without necessarily having an objective.

I believe Cebu has just a vibrant a scene as any other place. Everyone’s doing their own thing and not sweating the big stuff too much. The result of this freedom: we once in a while run into incredible new sounds locally that seem unheard of in bigger cities and scenes.

Remember that every great thing starts at a really small scale – the home studio, for example. I think this puts us at an advantage – we don’t have to worry about not making it because in our own circles, we already have. And anytime soon, the world will, if they are not already, listen to our community and what we have to offer. 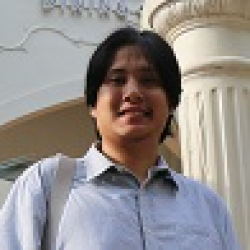